skip to main | skip to sidebar

Last Archon on Amazon and Other Updates 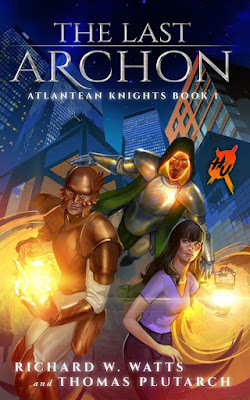 The Last Archon is now live on Amazon's bookstore!

Those of you waiting for free Prime shipping, now is your time. Once you've devoured your copy, leave a review and let me know how you liked it.

If you did enjoy my book, don't forget to check out the Up, Up, and Away Storybundle, which includes Jon Mollison's super-spy novel, Overlook, also set in the Heroes Unleashed universe. Get 13 books for the price of one. The Bundle deal ends July 9th, so don't wait!

And check out the rest of the Heroes Unleashed books, available on Amazon or at Silver Empire.

Up, Up, and Away StoryBundle

Hey, readers! Kevin J. Anderson (of Star Wars Jedi Academy and Dune prequel fame) has put together a collection of superhero fiction for this year's StoryBundle! For the price of a single hardback, you can get 13 books.


Nothing is more dangerous than an invisible man.

Joe’s spent his life being forgotten. Not even the IRS comes for his back taxes. He’s a ghost, a perfectly average, perfectly forgettable man. It suits his purposes, though it’s a lonely existence. He can live as he wants, plying his almost-invisibility for freelance jobs.

Then a pretty blonde finds him when no one else can, asking for his help solving a murder. He almost says no, despite his instincts to help a damsel in distress. But how did she find him? And who is she?

He takes the job to find out. But he bites off more than he can chew as he realizes a brutal secretive organization called The Phoenix Ring is behind the murder, and somehow they can predict his every move.

Can Joe defeat the shadowy Phoenix Ring? Or will his powers fail him when he needs them the most? Read Overlook today and find out!

The Bundle ends July 9th, so don't wait to snatch up this collection!

Posted by Wattsbot at 6:52 AM No comments:

1st Review of The Last Archon

The first review is in for The Last Archon:


What an outstanding novel to end the first wave of Heroes Unleased. It’s the story of Deckard, last knight of Atlantis who must stop an otherworldly horror called the Worm. At the same time, he’s mentoring a young apprentice Haden, who’s young, impulsive but with great potential. And Vivian the prophetess who can see possible futures. Together thy have to stop the Worm and its minions from destroying Atlanta- a fictionalized version of the real one in the U.S.


The story is a mash up of superhero, horror, mystery. The pace is relentless and the plot is seat of your pants tense. A real page turner.


Read the whole review. If you want action-packed, heroic adventure, nab your copy of The Last Archon direct from Silver Empire.

Better yet, join the Silver Empire Book Club and catch the whole wave of Heroes Unleashed!

Posted by Wattsbot at 8:49 AM No comments: 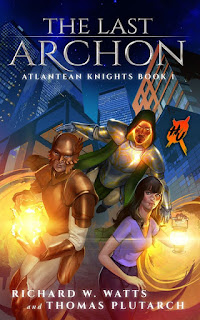 The Last Archon goes live today! Get your copy now from Silver Empire. From the publisher:

The man who thought he would live

forever is running out of time.

For three thousand years, Deckard Riss has been alone. Ever since his home sunk into the sea with Atlantis, he has been the last of his people. The final Atlantean knight, the last Archon.
Then fate forced an apprentice on him, and now the pair of them police the streets of Atlanta, magicians in hiding as superheroes.
Now there are whispers of Atlantis on the wind, another sorcerer at work. This unknown dark wizard sacrifices superpowered teenagers in grisly ritual suicides. And Deckard’s magic, once so easily accessed, starts slipping beyond his grasp.
If he doesn’t have his powers, he can’t stop the rending of reality to allow monsters into our world. If he doesn’t have his powers, he is nothing.
Deckard only has to hold on for another year. Just one more year, to train his apprentice to take his place, and stop the end of the world. And he’s not sure he can do it.
Will his apprentice step up to save the world, or will he drive the boy away with his secrets?
Doctor Strange meets HP Lovecraft in this new Heroes Unleashed series about wizards, prophets and superheroes in Atlanta.
Can Deckard find the mysterious sorcerer, stop the portal from opening, and prepare his apprentice to take his place before his time runs out?

And don’t forget to sign up for the Silver Empire Book Club, the best way to ensure you don’t miss out on the best new fiction from some of the brightest stars in the industry.
Posted by Wattsbot at 8:39 PM No comments: 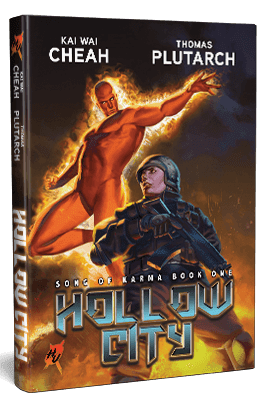 Super powered cop Adam Song has dedicated his life to the law. In the military and the police force, Adam ruthlessly protects the innocent.
But this time he’s killed the wrong bad guy. Now the local drug lord’s son is dead, and the boss is out for Adam’s blood. Even his secret identity won’t keep him safe. The police department hangs him out to dry, his years of exemplary service forgotten. Adam must take justice into his own hands to keep his family safe.
Because Adam is a Song. And Songs take care of their own. No matter the cost.
When does justice become murder? And just how far will he go to protect his clan?
Dragon and Hugo Award nominated author Kai Wai Cheah steps onto the superhero scene with his debut Heroes Unleashed novel. His characteristic fast-paced action and attention to detail brings Adam Song and the Chinatown of Hollow City vividly to life.
For those of you late to this game, Kai Wai Chea is a stellar author with a gift for gritty, in-your-face violence. His first Heroes Unleashed outing has action movie written into its DNA. Hollow City is one part Daredevil, two parts Punisher, all wrapped up in one taut action-thriller package.
Fans of the above comic franchises or the Bourne movies are going to love this ride. Do yourselves a favor and mark Chea down as a must-follow author.
And don't forget the Silver Empire Book Club, where you can snap up the latest from Heroes Unleashed before the public!
Posted by Wattsbot at 10:00 AM No comments: 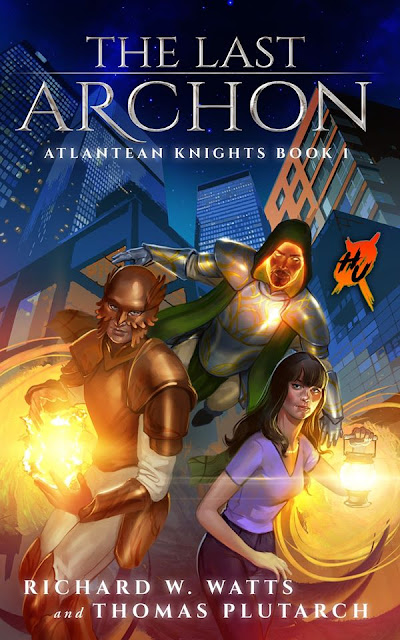 Well, THAT is one pretty cover.

Buckle up and put on your safety gear. The ride is about to start...
Posted by Wattsbot at 7:22 PM No comments: 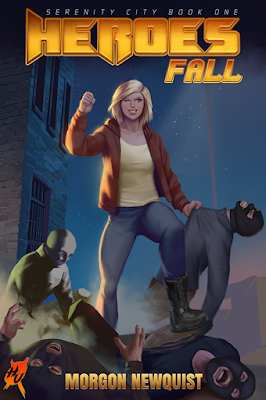 Morgon Newquist unleashed the heroes with the first novel of Serenity City, Heroes Fall, on sale now from Silver Empire:


Victoria doesn't need a Cape to be a Hero.
Living and working in the slums of Serenity City, she has become its faceless and nameless defender. She turned her back on the glittering world of professional superheroes years ago. If she has her way, she’ll never go back.
But the young and forgotten teens she helps are disappearing from the street, and nobody seems to care. As Victoria unravels this mystery, she is lead back to her old life in the star-studded glamourous superhero circles. No matter how much she hates it, she can’t abandon the helpless when they need her the most.
All clues point back to The Rampage, the terrible day when their mightiest champion Achilles fell to darkness. Will Victoria uncover the truth of what actually happened twenty years ago in time to help her lost boys and girls?
And what will happen when the fallen hero Achilles escapes, and Victoria is the only one who can stop him?

This novel is full of great world building, colorful characters, and classic superhero action.  From the rise and fall of the Triumvirate to the gleeful chaos of one villain, I got a strong DC comics vibe.

The action is vibrant and the stakes, both personal and city-wide, loom large for the heroes. Choices made in this book beg to be answered in later installments. The characters are consistent and complex, as heroes fall and, maybe, rise.

This was a brilliant outing by Newquist. Any fans of the Justice League or Young Justice cartoons would do well to check this out.

You can find Heroes Fall on Amazon or at the Silver Empire store. Better yet, join the newly launched Silver Empire Book Club and receive a steady stream of top tier fiction from one of indie publishing's best houses.

Posted by Wattsbot at 8:00 PM No comments: